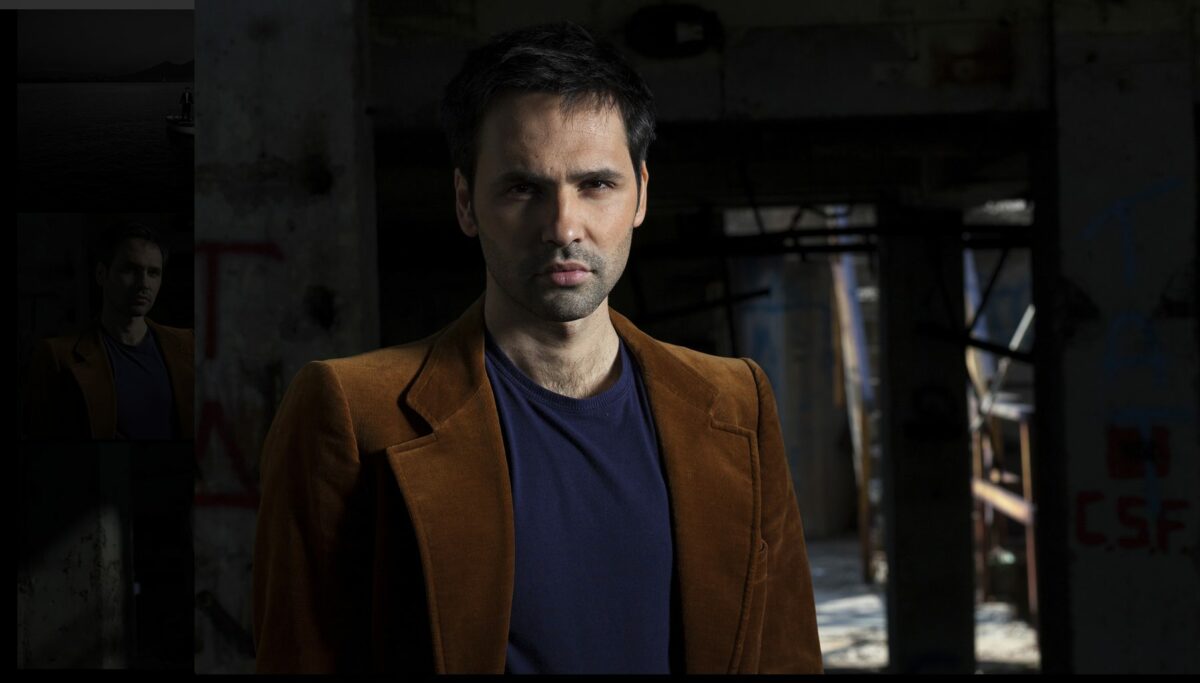 Naples has produced many great musicians. If it were up to Aldo Ciccolini, who passed away in 2015, the young pianist Genny Basso would also be one of them: „Genny Basso is a wonderful, promising international concert pianist. I appreciate both his seductive musicality and his incomparable pianistic skills.“ The Neapolitan spoke with Klassik begeistert about his new CD and what his plans are for the future.

Klassik-begeistert: Hello Mr Basso. Your new CD is a tribute to Aldo Ciccolini, who died in 2015. What was special about your collaboration?

Genny Basso: There are encounters that change your life. There are artists who can enlighten you. And then there are the masters. Aldo Ciccolini was all three of these things for me. That’s why this first album of mine could only be a tribute to him, but also a tribute to this special bond and to the artistic teachings he left me.

Honestly! How is it for you to be constantly associated with the charismatic teacher? Can’t that be very annoying?

Far from it, for me it is an immense privilege, a great honor. The great artists of the past never die and the new generations must create their future starting from their great teachings.

How do you manage to emancipate yourself and develop your own style?

Since I was a child I have always had the good fortune to have teachers who did not impose an interpretative style on me nor did they lead me to „imitate“ their way of playing. So for me it has always been very natural to find my interpretative dimension. To grow more and more artistically, I believe it is essential to always remain humble and do a lot of research – at the piano and within oneself.

What was the most important lesson in your life?

That of my parents, since I was a child: openness to others and to life. For me it is also a fundamental value in music, because it turns the act of playing into a gesture of love.

You say that Chopin’s C minor Nocturne op. 48 points to the future, almost anticipates Scriabin. Can you elaborate on that?

Actually I believe that practically all the music written by Chopin has had the power to override times, styles, eras. In this nocturne and in particular in the „doppio movimento“, we can glimpse piano writing techniques used half a century later by Russian composers such as Rachmaninov and Scriabin.

Was Scriabin generally inspired by Chopin?

The first Scriabin is certainly strongly influenced by Chopin’s style (just think of the Mazurkas op.3), but since the first works Scriabin has developed a very strong and defined personality.

You have also recorded Mozarts „Alla turca“ sonata. What was your approach to the third movement, which everyone knows so well?

I know that behind this famous composition there are decades and decades of interpretative tradition. I respect it. But I try to approach music with as a free thought as possible, not conditioned by the past and above all I try to follow the author’s directions as much as possible. For example, Mozart writes „allegretto“, not „allegro“ or „presto“ and provides a series of details in the articulation which, if highlighted in the right way, restore a unique and original character to this Rondo.

You have also recorded pieces by Mario Castelnuovo-Tedesco. Why this composer in particular, whom only very few people will know?

There are many composers who should be performed more and who are unfairly little known. M. Castelnuovo-Tedesco is certainly one of these. I chose the piece Piedigrotta 1924 in particular because I find it simply extraordinary. And also because it takes me back to my Neapolitan roots, which I feel strong inside me.

Let’s briefly address Corona. How do you see the current situation? Does the pandemic only have disadvantages or can you perhaps also find something positive in it?

It is a difficult moment for the whole world. There seems to be a restart, but it is not easy to predict the near future. I must say that studying without deadlines and without the hectic pace of life before the pandemic had positive effects on the quality of my study. Furthermore, during the months of lockdown I was able to co-found on Twitch (a streaming platform created for video games, but which is opening up to different areas) a channel entirely dedicated to classical music, called „lamusicaclassica“, aimed at young people in particular.

What are your plans for the future? Which composers do you still want to work on in detail?

I’m already working on my next recording project. Besides that, I intend to study other compositions by Castelnuovo-Tedesco and other Italian composers of the twentieth century and something more contemporary. Obviously without neglecting the study of the great traditional repertoire, to which I always feel deeply connected.

Suppose a fairy godmother appears. She grants you three wishes. What would they be?

I would ask to be able to listen to some great composers of the past playing their own music. In particular I would like to hear J. S. Bach on organ and Beethoven and Chopin on piano…

I would like my father, who has been gone since 2013 and cannot enjoy my professional successes, could listen to my first album with me, to read in his face the joy and pride of those who have always believed in me.

I would ask her that all the children of the world had the opportunity to study a musical instrument. And that they were educated to appreciate art and beauty. In particular, I would like there to be equal opportunities for all young people, both in accessing higher education and in the opportunity to develop their careers.